Journey to the Sun Nets Scottish Crew the Current Lead 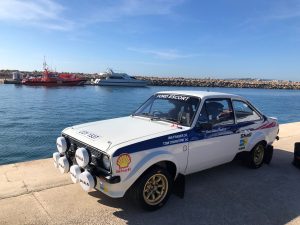 Back in February no one could envisage a situation in which by May only one Challenge round has taken place. With five drivers and four co-drivers sharing the Championship lead after Round One, the Cambrian Rally, the current lead has been determined by contenders who nominated an optional overseas round.  Steve Ormond chose the Ormco Stages which he also sponsors in the Isle of Man though bad luck struck again with a non-finish. The event saw the debut for regular Rally Challenge man Ian Taylor, taking to the driving seat of a Mitsubishi Lancer Evo VI. Little did he think that an event entered just to try out the car would see him finishing the day in 11th place and taking the Class Victory. Unfortunately he did not register before the event. 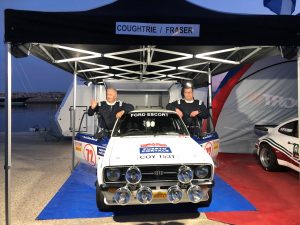 Tom Coughtrie and Co-driver Ian Fraser’s trip to the Rally Classico Mallorca turned out to be a real adventure on a weekend when the current crisis began to take a grip in Spain. After the rally was shortened Tom faced a 23 hour drive towing his David Sutton prepared Escort back to Ayr in Scotland. Tom, who has owned the car from new in 1979 takes up the story of the event-

Having visited the Island since the late 70’s and in recent years having watched the Rally Classico, the appeal was unbelievable. The superb quality roads, which professional cyclists use for winter training, and the great atmosphere in Puerto Portals with competitors from around Europe makes an incredible atmosphere. On the first two stages on the Thursday night we had a misfire. Luckily the stage was lit so we managed with no spotlights. On the Friday we had a distributor fault and Saturday was cancelled due to the situation becoming serious in Spain. We were disappointed not to be able to fight for a class victory but persevered to secure 4th and 22nd overall. 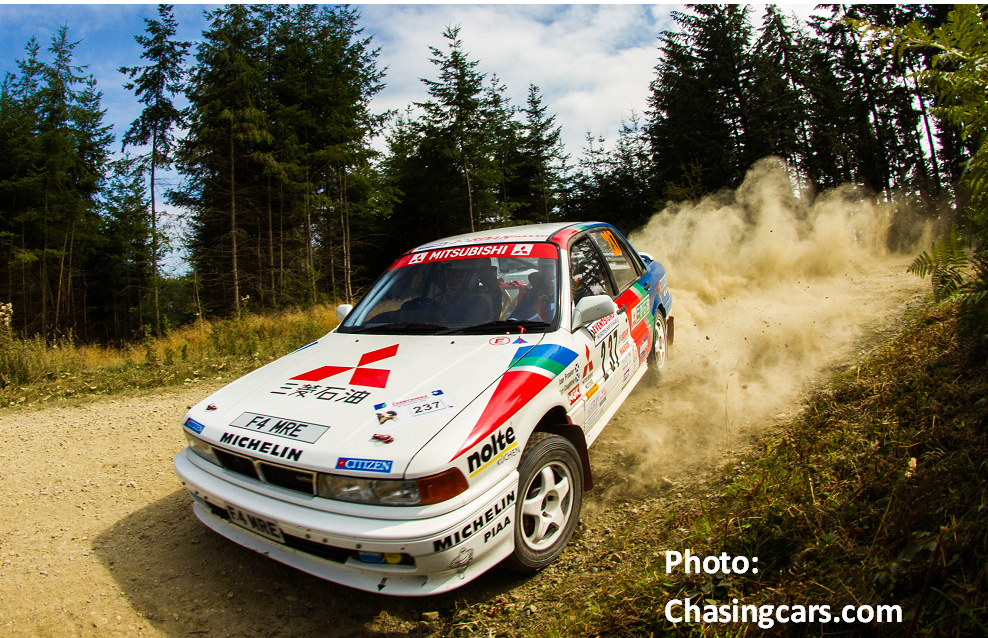 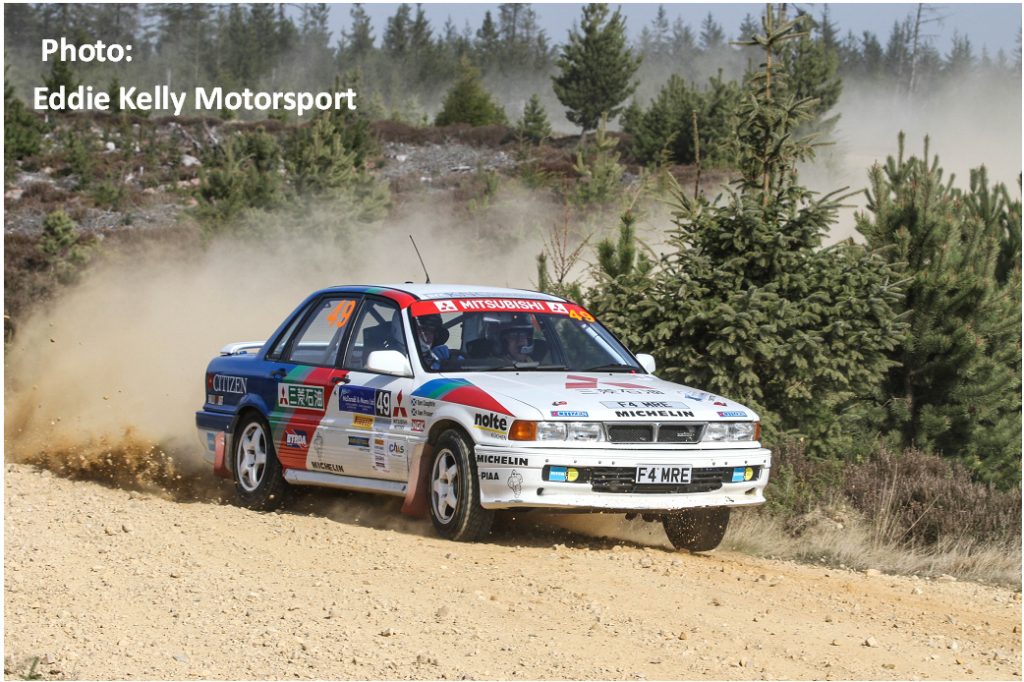 Hobbies other than rallying: Travel, family and keeping a tidy garden!

Sponsors: None at present but in the past Zanussi Appliances and Paramins (part of Exxon)

Most memorable experience and biggest success: Winning GpN on the Pirelli International in an ex Vatanan Legacy when he won the event in an Escort Cosworth, 11th o/a on the 1991 Scottish in a GpN Galant and ‘Star of the Rally’ award.

When rallying resumes Tom intends to compete on as many IPS Paint Rally Challenge, BTRDA and Scottish Championship rounds on gravel as possible in his Mitsubishi Galant. He also plans further trips abroad with the Escort. 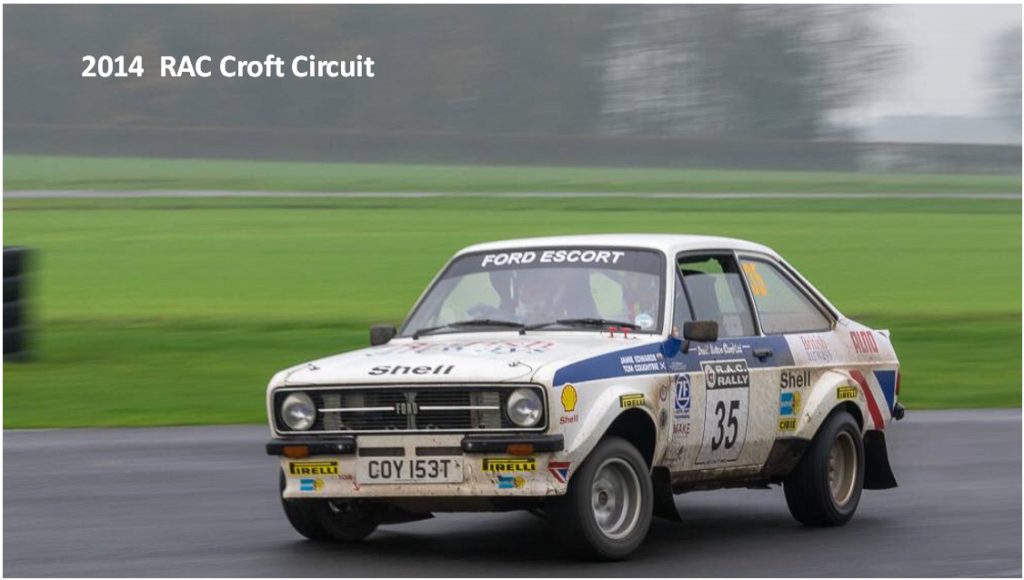 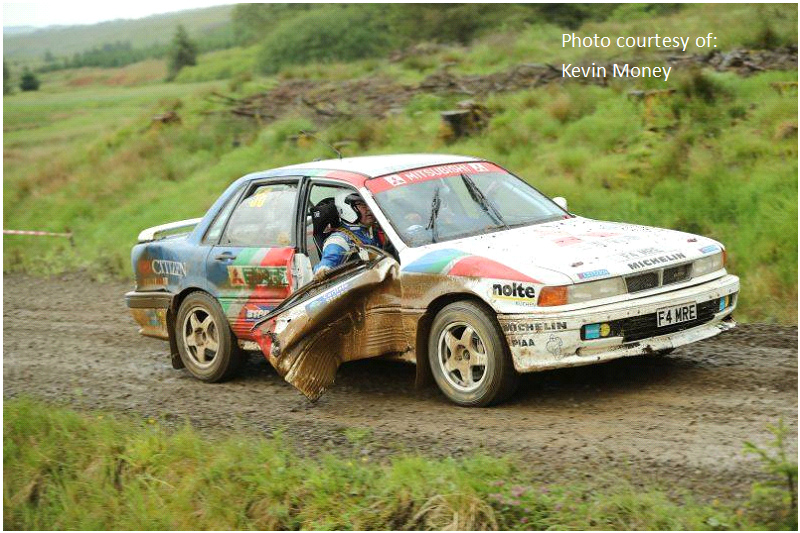 Carlisle Stages 2018. Tom rolled the Galant on the final stage but continued to finish the event.