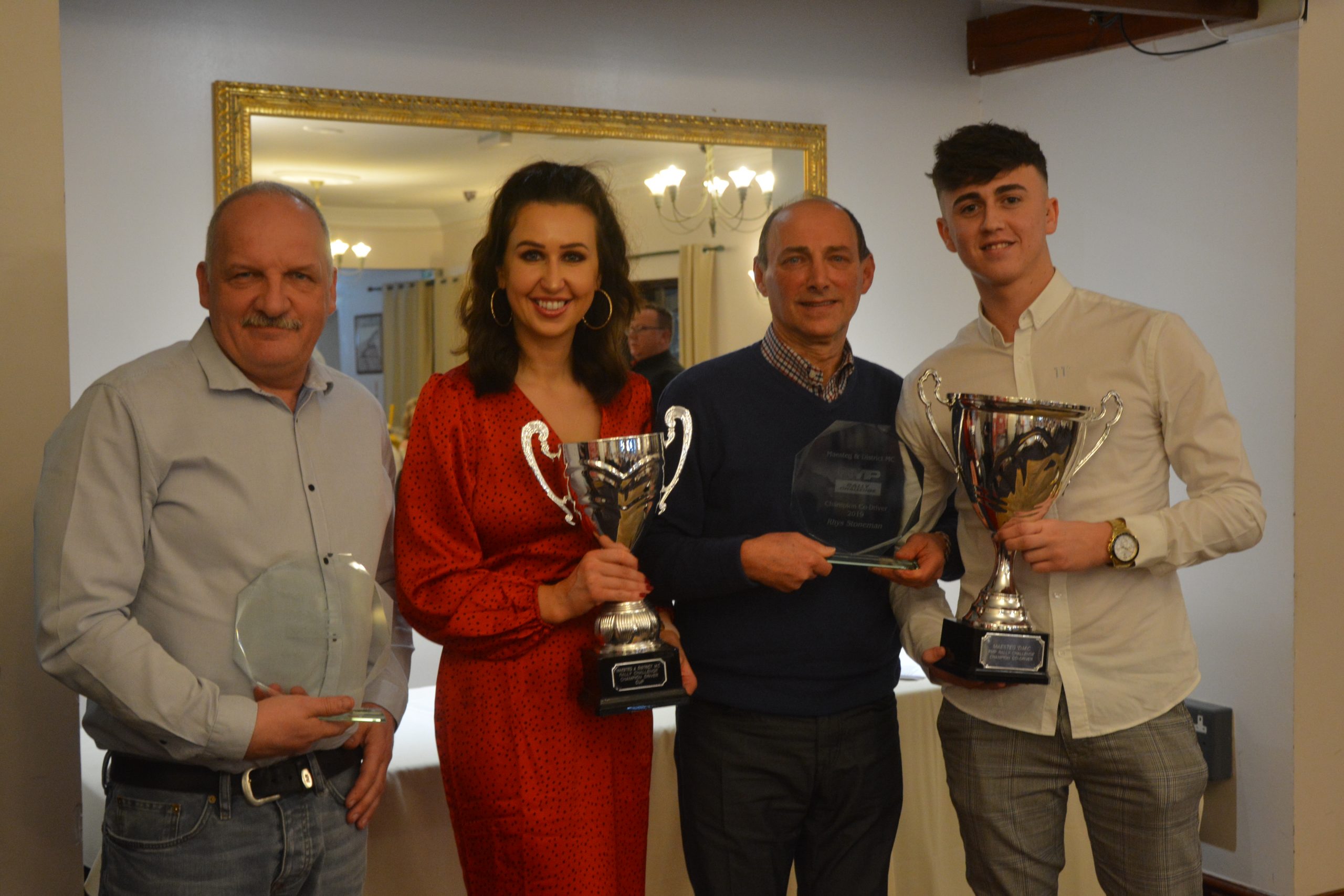 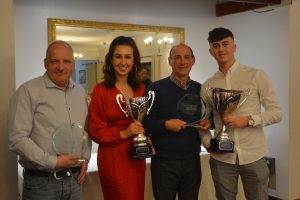 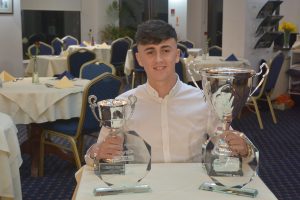 Rhys with his Awards

Our Overall Champion Co-driver Rhys Stoneman who also took the Junior title and £250 has a promising future ahead. With the aim of making a career out of the sport the Swansea Valley 19 year old has already been testing with a World Rally Team in Finland this year and secured a second place on Round one of the Rally Challenge in North Wales. 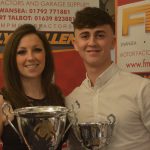 Tom Llewellin not only became our Junior Champion Driver but also clinched third overall. His 2020 season has got off to a great start. (See Cambrian story).

Rhys emulated the achievement of our first ever Champion Co-driver Claire Williams who this year took the Award for second place. Claire accompanied Will Mains on selected events throughout the 2019 season. 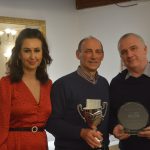 Richard Merriman who was a Club Member as far back as the 70’s also celebrated his third consecutive year of Championship success. Richard scored the most points on sealed surface events and was presented his cup to keep to show our appreciation for his support.

Despite the bad weather and still nursing an injury sustained on the Pokerstars Rally in the Isle of Man in October, Hywel Davies came all the way from Machynlleth to be with us. 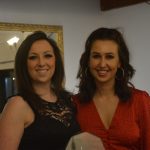 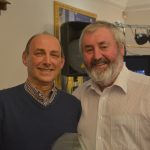 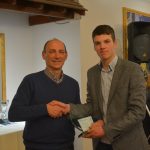 A word of thanks must go out to Gravel Champion Perry Gardener and Pacenotes Magazine Two Seats Trophy Winner Dan Evans who could not attend and have donated their prize money toward our 2020 Wales Air Ambulance collection.